‘They said I looked ridiculous’: Chloe Sims splashes out £19,000 on new teeth for the second time after ‘horse’ jibes

By London SmileCare April 8, 2014 No Comments

Home » Blog » ‘They said I looked ridiculous’: Chloe Sims splashes out £19,000 on new teeth for the second time after ‘horse’ jibes

But Chloe Sims splashed out yet another £19,000 getting her gnashers re-done after being poked fun at – with some members of the TOWIE cast nicknaming her ‘horse teeth’.

She is quoted by The Sun newspaper as saying: ‘They said I looked ridiculous.’ 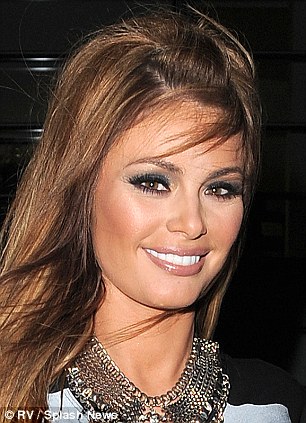 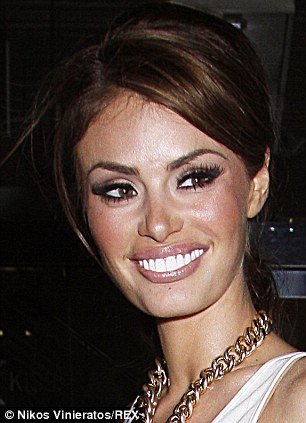 Before and after: The 32-year-old star went out with her new teeth last week (left) and before she underwent the cosmetic change in June 2013 (right)… in a video interview she admitted being delighted with her treatment because it has helped her get over her fear of dentists after previously being ‘really scared’ of them

She said: ‘I had my veneers done two years ago and they were absolutely awful … they were really big, all the same length and didn’t fit my mouth properly.

‘Now that I’ve got a perfect smile I’m over the moon with them. Everybody loves them. I’ve had loads and loads of good feedback about them.

‘As you can see they’re all different shapes, they’ve even got ridges and they’re a little bit more see-through at the bottom so they look more natural.’

Chloe got her teeth done for the first time in 2011 but in October 2012 she admitted people were still lambasting her about her gnashers.

‘I get called a horse and sometimes drunken people shout: “Sort your teeth out!” And, to be honest, I now think my teeth are too long and too square.’

What’s more, Chloe previously took to Twitter to defend former X Factor star Rylan Clark a few months before he got his teeth done in September 2013.

Last year, the brunette star wrote on Twitter: ‘Aww @RylanClark don’t take no notice, if you happy then that’s all that counts, I ♥ big white teeth!! #hatersgonnahate (sic)’

The 32-year-old star and her new teeth were seen out at the Kanaloa Club in east London on Wednesday.

However, nobody was looking at Chloe’s veneers as she rocked a dramatic T-shirt for the evening which featured a woman cupping her breasts. …read more